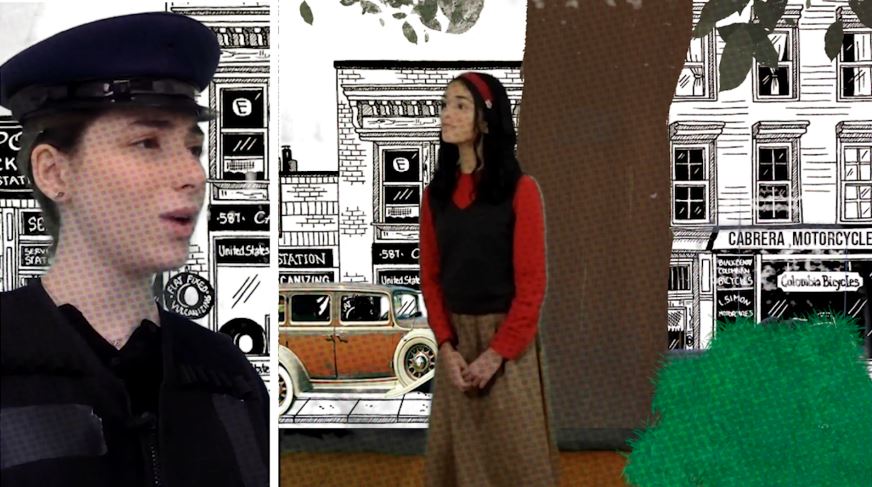 When eighth-grader Ana Lucia B. learned in late-January that Graded's 2020 Upper School musical would be Annie, she was elated. Ana Lucia had performed in several other school theater productions, but Annie was like no other. She jumped at the opportunity to audition. The following month, Ana Lucia was cast as the protagonist Annie, an orphan who sees her life change when multi-billionaire Oliver Warbucks decides to let her live in his home to promote his image. By the end of February, live rehearsals had commenced.

In March, however, the COVID-19 pandemic quickly spread throughout Brazil. In response, Graded transitioned to distance learning and after-school activities were temporarily suspended. Initially, cast and crew members believed they would be returning to school in a few weeks as the show was postponed until April. However, as distance learning was prolonged, faculty advisors Ms. Beatriz Campos and Mr. Tim Cabrera assured students the show would still be happening, albeit online.

"I was disappointed, but I was still grateful we would still be able to perform in some way," recalled Ana Lucia, who is now a freshman.

The musical experience had to be redesigned. "We had to completely transform the show to adapt it to an online format," said Ms. Campos, the musical director. "In theater, you can make expansive movements in a large space. However, online, the acting becomes more like that of a movie. You have to think of entrances and exits in terms of frames and also consider the mirrored images."

According to the Technical Director Mr. Cabrera, the Upper School production became a "musical-film hybrid, with completely different technical considerations." The faculty duo had to first train themselves to direct the students with respect to camera angles, green screens, self-recording, and blocking while simultaneously determining what computer-generated imagery needed to be developed in post-production. While this was a completely new challenge, they knew it was possible to lay the groundwork for students. 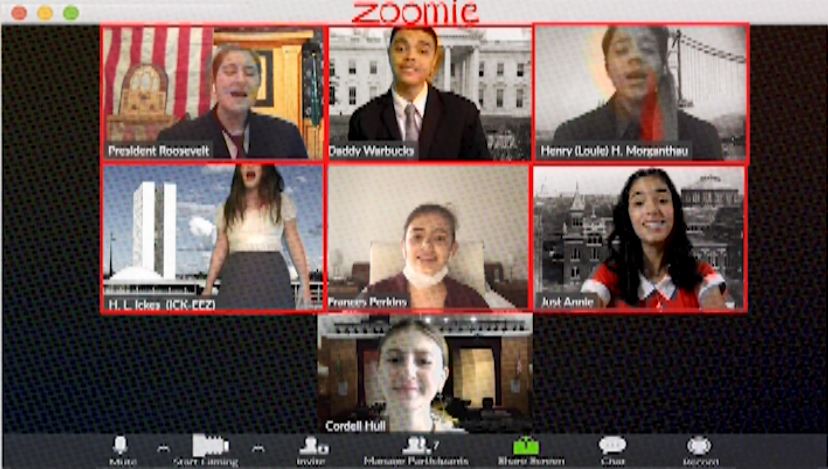 Soon enough, blocking instructions for each scene and choreography videos were uploaded and shared with cast members. Piano accompanist Ms. Maristela Neves recorded each score and guided students. While performers weren't able to work together in the same space, they recorded their rehearsals and received individualized feedback from Ms. Campos. "The kids really went above and beyond â all in the middle of a big transition," she said. After individual practice, students proactively convened online via Zoom to rehearse group scenes.

For Ana Lucia, this meant spending three hours per day rehearsing for the show, but she would not have it any other way.

Freshman Olivia D. loved rehearsing the role of Lily St. Regis, one of the main antagonists who has a sassy, whiny personality. "I enjoyed playing a role that was so different from me," she beamed. Olivia frequently met up with her partner Santiago G., who played the role of Lily's boyfriend, Rooster Hannigan. Practicing from home was challenging. From 3:30-4:30 pm, she would ask her family members to keep the noise down so she could rehearse.

Her family got involved, too. Her brother helped her to practice her partner dance scenes after school and rehearse her lines. Olivia added, "Normally in a show, you have a costume designer, a prop designer, a lighting director, etc., but it was actually pretty fun to set up my own lighting, stage my bedroom, and take on different responsibilities."

Although students were not able to rehearse in the same space, they were still able to build a tight-knit community from a distance. Some students found the process to be extremely challenging and considered giving up but would change their minds when they realized theater was an important creative outlet, affirmed Ms. Campos. "Our students also loved hanging out with each other and bonded over their challenges; they relied on each other."

On Fridays, Ms. Campos would leave her Zoom meeting room open, and students would spend hours in conversation. More experienced High School performers reached out to Middle School students, providing support and encouragement. Students made sure each member was supported and held accountable, and throughout this uncertain time, displayed true independence, responsibility, and leadership. 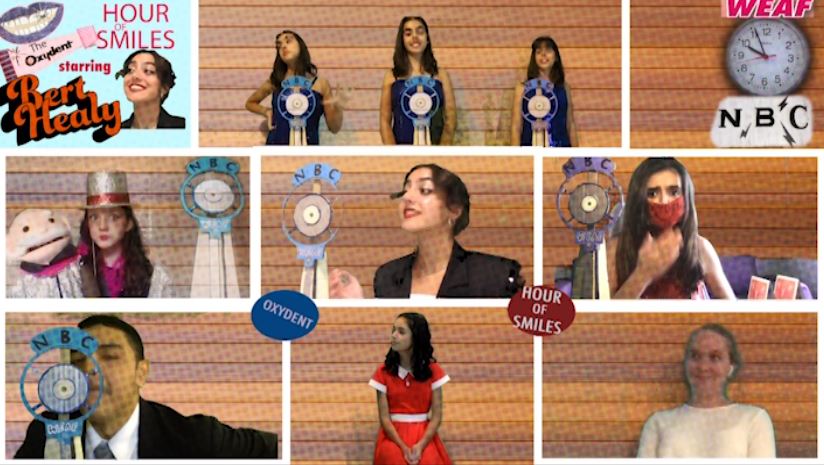 "In theater, you have a lot of skills and roles that come together â acting, directing, designing, managing the stage â and that teaches you a lot about teamwork, respect, and unity," asserted Olivia.

"You meet a bunch of new people, and you make friendships that you keep forever, and not just with people in your own grade," added Ana Lucia.

Through this extraordinary musical season, Upper School students have learned a tremendous amount about the numerous factors that impact a production. They have demonstrated exceptional resilience and patience and also developed more confidence.

"We mapped out this plan and students didn't know what to expect," said Mr. Cabrera, "but they trusted we would be able to produce these fan videos with their individual parts."

A huge congratulations to the cast and crew of Annie!