<Back to News
This Is Not Normal: Building Community During an Unprecedented Time 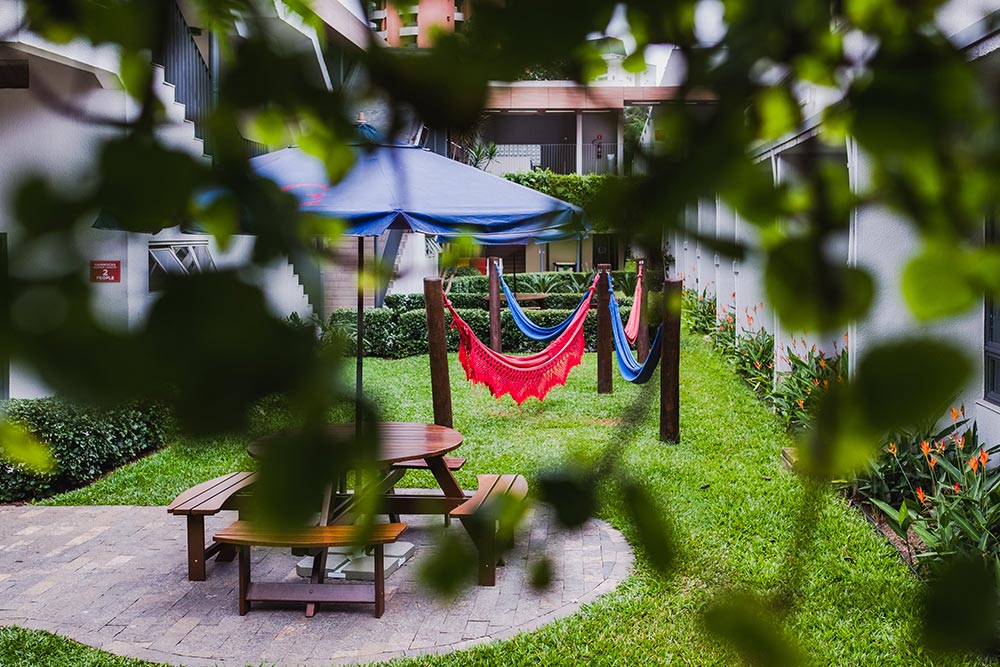 After I had fastidiously unpacked, washed, and stored the items from my grocery delivery; scrubbed my now-perpetually-chafed hands; and sunk into my sofa, my intercom buzzed.

"Uma entrega para você. Uma sacola," announced the porteiro. A delivery for you. A bag.

I must have left one of my grocery bags downstairs, I thought. So I underwent a now-familiar routine, redonning my face mask before reaching for hand sanitizer and paper towels – just to ride the elevator.

In mid-March, the school transitioned to an online platform and the city went into lockdown. Communicating with clarity from afar took on greater importance. We built the Graded from a Distance website and produced videos. We sent out surveys, emails, and WhatsApp messages, created social media content, and produced the Graded Gazette.

By April, I was languishing. Social distancing was hard. Gaining an understanding of a fluid health crisis and its implications for Graded required an almost obsessive focus. My paltry exercise regimen consisted of laps around my living room. I missed the bountiful hugs I received each day at Graded. I was in a mental, emotional, and physical stupor – roused only by the nightly cacophony of pots and pans.

Like many of you, I was concerned about the health and safety of family and friends – in my case, parents in a high-risk group; a sister and her children quarantined in the viral epicenter of Brooklyn, NY; and a critical care/pulmonologist brother and his nephrologist wife working on the front lines.

Phone conversations had been dominated by the virus. Everyone I spoke to was convinced they had it. A cough or stuffy nose sparked mild panic. My colleague reported difficulty breathing. "Probably stress," I tried to assure him. "Yeah, probably," he responded.

I attempted positive thinking. While others were sick or grief-stricken, I had a job and food. I thought of my mentor who had survived the Holocaust. How could my solitary confinement, replete with Netflix, begin to compare to his ordeal hiding in a hole from the Nazis?

I felt guilty for feeling down.

When I arrived in the apartment entryway, instead of a stray grocery bag, I was comforted to find a small bag with a ribbon and card that read:

Thank you for your inspiring words during this difficult time. Here's a treat for a sweet Sunday.

The sender, a Graded mother and friend, had also experienced life abroad. She understood culture shock, language barriers, and alienation. But she also realized the capacity of community – the power of individuals to lift one another up.

I returned to my apartment fortified.

I wondered what it must have been like to live in 1918, when an influenza epidemic chased World War I, whirling indiscriminately around the globe. The Spanish Flu, as it was dubbed, also drove the world into quarantine.

But unlike today, people a century ago remained largely disconnected. For a while, the Bell Telephone was heralded as the Spanish Flu's panacea for loneliness. That was until the telecommunications system was crippled by increased customer demand in the wake of a phone operator shortage.

At a time when Brazil's economic divide is most pronounced, technology has also allowed us to harness the talents and energy of Graded's stakeholders in a mission to give back.  A newly-designed Graded Beyond Boundaries program enlists faculty volunteers to teach underserved Brazilian students via WhatsApp. Students are soliciting funds for a São Paulo facility that houses young cancer patients and their families. PTA members have raised R$100,000 for food baskets and materials for makeshift hospitals, and in conjunction with the administration, delivered perishable food items to a nearby NGO.

What drew me to Graded initially was the school's vibrant, kind, and tight-knit community. Nestled in Latin American's largest metropolis, it was a verdant sanctuary — a place where people from diverse cultural backgrounds came together and found common purpose. Children laughed. Curiosity and creativity abounded. It was an American school with a Brazilian soul; Graded was magical.

To keep our community connected and informed during the school closure, we have created a Graded from a Distance section of our website. Visit the site for information on community events, updates, resources, and inspiration.