Former Graded student Mohan Kanungo is the director of community, innovation, and impact at the Children's Council of San Francisco leading work related to community engagement, program incubation, continuous program improvement, and impact and evaluation. Prior to joining the Children's Council, Mohan served as the director of programs and engagement at Mission Asset Fund (MAF). He has worked with community-based organizations in New York and California, and has lived, studied, and traveled extensively abroad. This month, Mohan talks about how his time at Graded sparked a life-long commitment to social change. Â 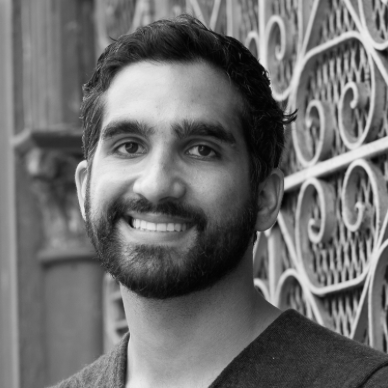 What brought your family to SÃ£o Paulo and why did they send you to Graded?
My family moved to SÃ£o Paulo from Indianapolis for my dad's job. I attended middle school at Graded from 1996 to1999. Â

My parents knew that Graded's curriculum would prepare me for high school and college once we moved back to the United States. The school was also near my dad's work in Morumbi. Graded's diversity was important to my parents. The school maintained a strong connection with the American community, but it also had an international student body that included Brazilians.

You are American, but your parents are of Indian, Irish, and German descent and you have lived abroad in Brazil. How would you describe your cultural identity and what role did Graded play in developing it?
Living abroad had a tremendous impact on my identity. Since I am biracial and Brazil is a country with a lot of people who are also mixed, I could often pass as Brazilian. I certainly experienced culture shock when I moved there, but by the time I had left, I felt far more comfortable and at home in Brazil than I did in Indiana.Â

At Graded, I was a "third-culture kid." So many of my classmates had lived in different countries, which meant we were influenced by a multitude of cultures. To this day, I feel a strong affinity to Brazilian culture, and by extension, a tie to Latin America. This connection is in large part why I went on to study Spanish and work with immigrant communities.

You hold a BA in international studies and ethnic studies. What led you to these fields of study and how do you think this has impacted your view of the world?
Majoring in international studies allowed me to explore global issues, while ethnic studies facilitated my understanding of the United States. Both majors are interdisciplinary, meaning that they draw upon fields including sociology, history, law, and political science and provide distinct perspectives when addressing problems like poverty. Â

In international studies, for example, I learned about microfinance and how global organizations, such as Bangladesh's Grameen Bank, foster economic empowerment by providing access to a small amount of capital. In ethnic studies, I analyzed domestic economic inequality using a social justice framework. Having this combined perspective challenged my assumption that economic development is something that just happens "over there," and allowed me to understand vehicles that can lift people out of poverty. As a result, a lot of my nonprofit work has focused on supporting immigrants. 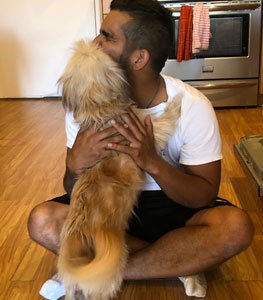 Having pursued a career in the nonprofit sector, you embody Graded's vision of "Individuals empowered to reach their potential and positively impact the world." How did your experience at Graded help foster your commitment to social justice?
Before moving to SÃ£o Paulo, I led a fairly middle-class, suburban life. Initially, I had a "typical American" attitude and found living in a new country incredibly difficult. Yet at Graded, I was surrounded by people whose cultures were completely different from my own, and I was able to experience things I never would have.

I became fascinated by world events, often spending my lunch period reading the International Herald Tribune newspaper in the library. I got to meet the President of India because my classmate's dad was the Consul General of India in SÃ£o Paulo. This experience sparked my curiosity and desire to make a difference. Â

In Brazil, I became close friends with a student whose mom took care of stray dogs and cats. I helped care for them on the weekends and fundraised to pay for their vet visits and food until they were placed in a loving home. Â

After moving back to the States at the end of eighth grade, that initial spark became a passion for volunteerism, prompting me to lead several clubs, including my high school's Amnesty International chapter. Later in college, my approach to making a difference evolved into community organizing. Â

In retrospect, I can see how my time in Brazil conscientized me and ignited a passion for social justice. It exposed me to inequality and made me aware of my own privilege, leading to a career in mission-driven, socially-impactful work.

What is your proudest professional moment?
I am most proud of the work I did at Mission Asset Fund (MAF) supporting undocumented immigrant youth in the United States who are beneficiaries of a federal program known as Deferred Action for Childhood Arrivals (DACA), the future of which is now being decided by the US Supreme Court. We provided them with $3 million in scholarships, funding 7,500 DACA renewals across 47 states. I was particularly proud to lead engagement with the UndocuBlack Network and nonprofits in rural areas like Mississippi to bring this benefit to more diverse immigrant communities.

On a personal level, I resonate with the stories of DACA youth since my dad immigrated to the United States and because of my own experience in Brazil. Like many of them, I had no choice regarding my parents' decision to move me to another country. My circumstances were incredibly different as an "expat,"Â but I remain committed to programs and services that support immigrant communities.

You thought at one point that you wanted to go to law school. Why did you change your mind?
I actually went to law school in 2010, but stopped at the end of my first year because my mom got ill, and I had to take on additional family responsibilities. At the time, there was a bit of a bubble in the legal field in general. A new attorney often carried $150,000 or more in student debt and could not find a job. I was interested in immigration law, but saw that I could actually make more money working at a nonprofit than many public interest attorneys. Since making that leap, I have also been able to be more creative and responsive in roles such as the one I had at MAF leading the DACA campaign than I would have as an attorney. Occasionally, I consider going back to law school, but so far it hasn't stopped me from advancing professionally or making an impact on the issues I care about most.Â

What advice would you give to Graded students?
Middle school is tough for everyone. I actually got into a decent amount of trouble at Graded. I had stuff going on at home, and I didn't know how to talk about it or process it. I would encourage students who feel isolated or down to seek help from and interact with people who bring them joy, as well as participating in activities that make them happy. Investing in your mental health and overall wellness makes a difference. To this day, I see a therapist regularly. I teach yoga twice a week. Many leaders are able to continue growing personally and professionally because they value their own development and see how soft skills and emotional intelligence contribute to their overall success.

Did you have a teacher at Graded who was particularly impactful?
Yes, Mr. Mulligan. He taught 7th grade science and prompted my life-long appreciation for sustainability through hands-on activities, during which we learned about things like watersheds and acid rain. One day, he even brought in nonvenomous snakes from the ButantÃ£ Snake Institute, which is one of the largest biomedical research facilities of its kind in the world. We have stayed in touch over the years. Â

What was your favorite thing about Graded?
I remember a class trip to the mangroves, near Ilha Grande. I loved that experience because we got to explore caves, stumble through mud, and explore the flora and fauna on long hikes. The trip helped me understand how human development and environmental interaction can have a positive or negative impact on complex ecosystems.

Do you have a favorite hobby or pastime?
I mentioned that my first year in Brazil was especially difficult. What made the difference for me after the first year was learning how to scuba dive, which I still enjoy. Being out in the open water on a boat, I had to learn Portuguese, which helped me make friends through a shared love of the ocean. I also love adventure, including motorcycling and camping.Â
Â