Alumna Anne Marie Speyer '53 entered Graded at the height of World War II. She recalls a collaborative, convivial environment where she learned how to debate issues and challenge the status quo. After receiving a scholarship to study in the United States, Anne Marie served in the convent for 30 years, working in school administration and later for non-governmental organizations focused on education. 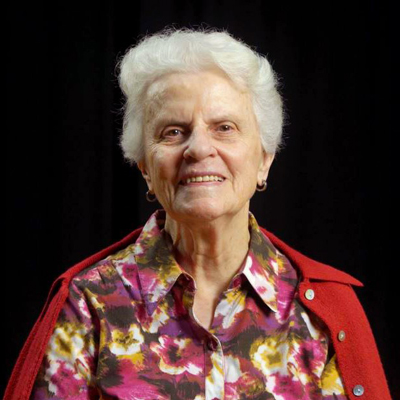 Your father was German and your mother was British, yet you are Brazilian. How does this story unfold?
I have to go back in history a little while. I was born in Bahia, so officially, I am a baiana. But yes, my father was German and my mother British. My father was in Salvador on contract for an American firm when he met my mother who had gone to Bahia for her grandparents' golden wedding anniversary. They got married in 1933. I was born in 1935, before the war.

Then, the war began in 1939, and things changed radically. Two years after the war started, the American firm closed, and my dad was laid off. He was a foreigner; therefore, he couldn't get any job in Bahia. Anything. We were at a loss, and unfortunately, he was also put on a blacklist because of his German origin. He was naturalized and became Brazilian (he had three Brazilian children by that time), but he still couldn't get a job. So in 1942, we decided to go South.

We packed up everything – even furniture, and the five of us traveled by ship to Rio, but he couldn't find a job there either. Then we went to Santos, and that would be our last stop. We took the train to come up to São Paulo. As we were arriving, my mother saw the Paulista fog and said, "Let's live here. It's lovely; it reminds me of London."

How did you end up at Graded?
We rented a house not that far from Graded, by coincidence. We were about three blocks away from Oscar Porto (the location of Graded's campus from 1938-1961). My father's good friend, who was the US Consul in São Paulo at the time, naturally recommended Graded, which was close by. My older brother and I went straight to Graded, as well as my younger brother who joined the kindergarten class.

At the time, Graded wasn't an accredited school in Brazil. So my brothers moved to Mackenzie Presbyterian School after 5th grade, but since I was a girl, I didn't have to go to a school that would give me a diploma needed for college. I could stay at Graded, and I was quite happy with that. So Graded was my home from first grade with Mrs. Sherman until [the period with] Mr. Troxel, the superintendent, and Mr. and Mrs. Rowlands, Mr. and Mrs. Whinery, and many other wonderful teachers I had during those times.

What do you remember most about being at Graded?
We had a kind of conviviality and respect among us, and a kind of "let's help each other do things because the world's in a mess." We used to get a leaflet that addressed all kinds of post-war world issues. I also remember the United Nations coming around after the war, which was brand new at the time. And we had a wonderful group in class. We were 17 when we graduated, and while many came and left, I remember we had six or seven different nationalities in our class. And all were refugees of some kind. We had [a classmate] from Poland; we had someone from the free state of Danzig, from Germany, from Italy, from Armenia, and China... we had everyone there.

Our teacher, I can't remember who exactly, but someone incentivized us to start debating these important issues. You couldn't say "I'm in favor" or "I'm against." That was forbidden. You had to argue why you were in favor, and you had to argue why you were in favor of the opposing view. It's quite a different kind of study. And at the time, the Biblioteca Mário de Andrade in Consolação had just been inaugurated. This teacher of ours, he knew exactly what kinds of books we had to get there. He taught us how to use file cards, put topics on them, and do research. He told us, "When you take notes, put one subject on each card. When they're all tidied up, then you can shuffle them and order them according to what your argument will be." He gave us a whole class on how to research in order to argue your point and ideas.

Were you good at debate?
So we had Robert Civita in our class. Do you remember him? Everyone in São Paulo must know him. He was my classmate. We also had Olga Krell in our class, and the two of them used to vie for first place. That was constant. Our most marvelous debater was Civita. He knew how to turn any issue in his favor. And since I used to stutter tremendously at that time but was good at research, I was frequently chosen as the researcher, not as a debater. I didn't do much debating, but I followed the thought and picked up the right items to defend points. And I think that learning how to debate issues changed my life completely.

How so? How did this debate experience impact you?
I received a scholarship to the University of Washington, and at that time, all the foreign students (and we were many) had to first take an English for Foreigners class. I didn't even spend a day there because they moved me to a class for Americans who spoke and wrote poorly in English. But I didn't stay much longer there, and I was sent to the freshman English class. From there, I could choose whatever classes I wanted. I attribute this not only to being fluent in English, but knowing how to discuss issues and how to put things in order logically, which I learned through debate at Graded.

What else did you learn at Graded?
I learned that you grow by cooperating rather than by competing. We learned that so well at Graded because we frequently helped each other with languages and used to do our homework on the blackboard together before classes. We would turn in our own homework, and no one would copy the other. We weren't competing with each other. Now in college, I found everyone was competing with each other to knock the other one down, and this disturbed me profoundly.

You spent 30 years in the convent as a nun but also as an educational administrator. Tell us how this happened.
During my second year of college, I joined a Newman Club where we debated philosophy and theology. It was a mixed group of boys, girls, and couples who had the desire to understand philosophy and theology, and that's where I felt my vocation. I decided I wanted to go out and change the competitive world into something more cooperative. I wanted to participate in that and I couldn't see myself doing it alone, so I had to find a group to do it with. I wanted to do something meaningful, and I thought that would be the place.

I spent 30 years in the convent in Brazil. I started out as a school principal in Niterói, which was not exactly what I imagined. I wanted to avoid structures; I wanted work. Therefore, I was very excited when I was asked to become the general secretary of Movimento de Educação de Base (MEB). This was a civil society organization set up by the National Bishops' Conference. It was founded in 1961 based on a radio-supported experience in adult education carried out in Rio Grande do Norte. But with the military regime, some of these local teams were being shut down. And so I worked on coordinating the administrative and educational aspect of it, walking a fine line between the excess political and excess religious. On one side you had the military government, while on the other side, the bishops wanted education to be Catholic. But if you want real education it has to be education for all... You can be Catholic, Jewish, or Protestant... Education is not a resistance group. Education helps you to learn more so you can do more. I was on the job for ten years, and by that time, we had already almost doubled the local teams in some Northeastern states and on the Solimões River in the Amazon.

What drove your decision to change careers?
My father had a heart attack. I got to spend a few days with him, but he passed away. My mother also received a call from England telling her that her mother had passed away. Same day, same time. And my mother's sister had passed away a few months before. I felt that my severely bereaved mother needed support. I asked for a leave of absence, but they wouldn't concede, so I signed out. I have no regrets; I didn't do it in a rage. I learned to do this with discernment. Getting away from everything, you sit down for a few days, and think about your decision and go on to see all the variables, positive and negative. I spent eight days at a retreat center thinking about this, but in the end, I decided I had to leave. I didn't regret going [to the convent] and I didn't regret leaving it. After I left the convent, I continued working on my mission – non-governmental organizations (NGOs) focused on education. 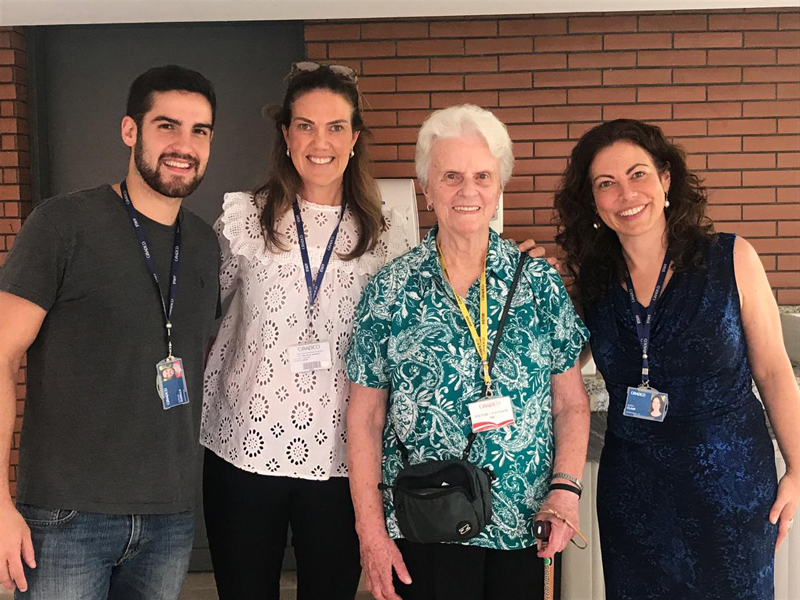