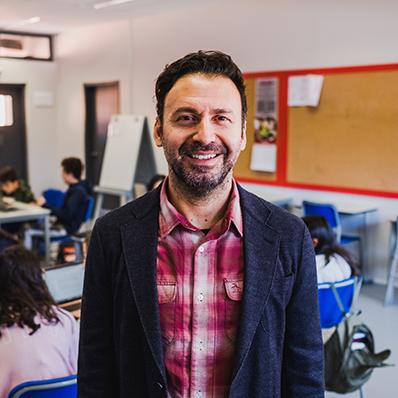 2. As a kid, what did you want to grow up to be?
I wanted to be a musician, professional runner, and journalist, among other things. Teaching became my dream job when I was around 18, after I took two semesters of electrical engineering and realized it was not really my field. I took the Vestibular again, this time for Portuguese/English language and literature.

3. You dabble in music in your free time. Do you play any instruments?
I mostly listen to music whenever I can, but I also occasionally play the drums and other percussion instruments with friends and do some DJing.

4. What was the hardest era of your life?
The hardest period was when my youngest brother passed away in 2002.

5. What is one book by a Brazilian author that best embodies what it means to be Brazilian?
Memórias póstumas de Brás Cubas by Machado de Assis is certainly one of them because it encapsulates so many characteristics of our country, for the good and for the bad. Also it is a true masterpiece in terms of narrative building: its narrator, for instance, is a dead man!

6. Where is your favorite spot in São Paulo for weekend fun?
I enjoy the Barra Funda/Santa Cecília area right now because it is a neighborhood with nice bars, restaurants, and clubs and not as crowded and/or expensive as other spots around the city. 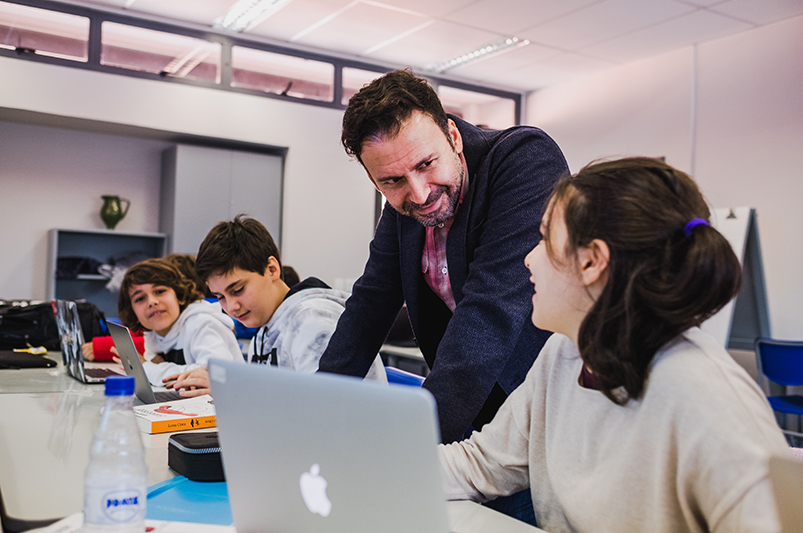 7. What dream has come true for you?
One of them, for sure, was visiting London for the first time in 2010. It has always been a city with a lot of connections to my life: music, literature, history, soccer, among others. Being there was finally seeing for myself what I had only learned from books, TV, and radio, so it was really a dream come true.

8.  What's your favorite expression and when did you last use it?
One of my favorites is "Tô ligado..." and I especially like to use it with my students. At first they laugh and don't believe their Portuguese teacher allows himself to be that informal. That is always a good starting point for discussing the appropriate use of formal and informal language.

9. Who is your best friend and in one sentence, how would you describe this person?
A great friend of mine is Breno Deffanti, a Portuguese teacher in the High School. He is not only someone really fun to be around, but also someone I know I can count on in good and not-so-good times.

10. You coordinate the Vivas Palavras Contest at Graded. Tell us more about it!
Vivas Palavras is our annual Portuguese literary contest that has been going on for the last 15 years. Eloisa Galesso and Mario Spanghero were the teachers who first came up with the idea. I have been coordinating the project for the last 11 years. All students taking Portuguese and more advanced levels of Portuguese as an Additional Language in grades 4-12 participate. Students write poems and short stories, and the best pieces are published in a special Vivas Palavras book released in April or May. Our students come up with impressive work, demonstrating exceptional creativity and mastery of the Portuguese language. The Vivas Palavras books are available in the library.

11. You've been teaching at Graded for 20 years. What's your favorite thing about Graded?
Collegiality. It is great to know you have colleagues who are willing to give their best in order to enhance our programs with collaborative projects and activities. 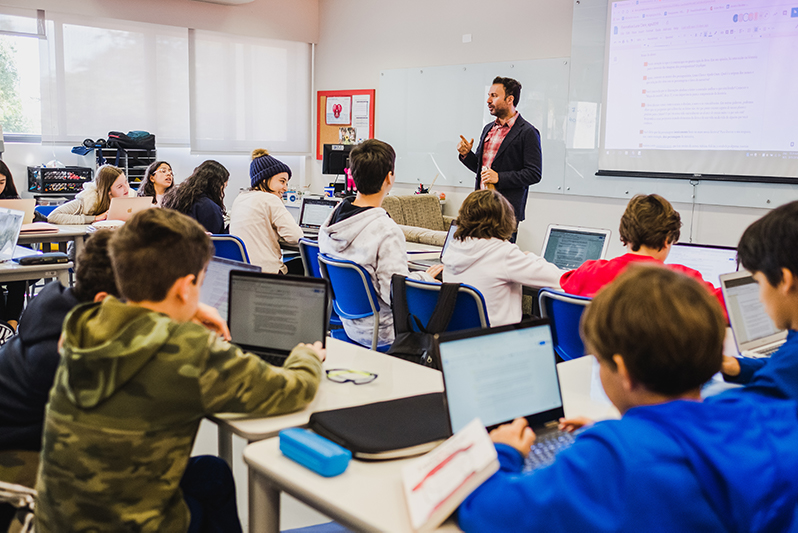